What is SAP S/4HANA? | Introduction to SAP | Overview of SAP ERP

SAP S/4HANA is one of the most common ERP systems in the marketplace. But what exactly is SAP S/4HANA? And is it the right fit for your organization?

I actually started my career as an SAP consultant. Back in the 90s, when I worked for one of the big five consulting firms, I was brought on to help implement SAP at some pretty large organizations. Through the years, I've also branched out independently and worked with a bunch of different ERP systems, and now work with a host of different systems in the marketplace.

Back then, that was what I focused on and I've learned a lot about SAP over the years, and SAP has changed quite a bit over the last few years. So, what I want to talk about here today are those key things you should be thinking about as you go into your SAP implementation. And even more importantly, what exactly is SAP S/4HANA, and how do I know if it's a good fit for my organization?

This video explores this question in more detail. The text below summarizes some of the salient points in this video: 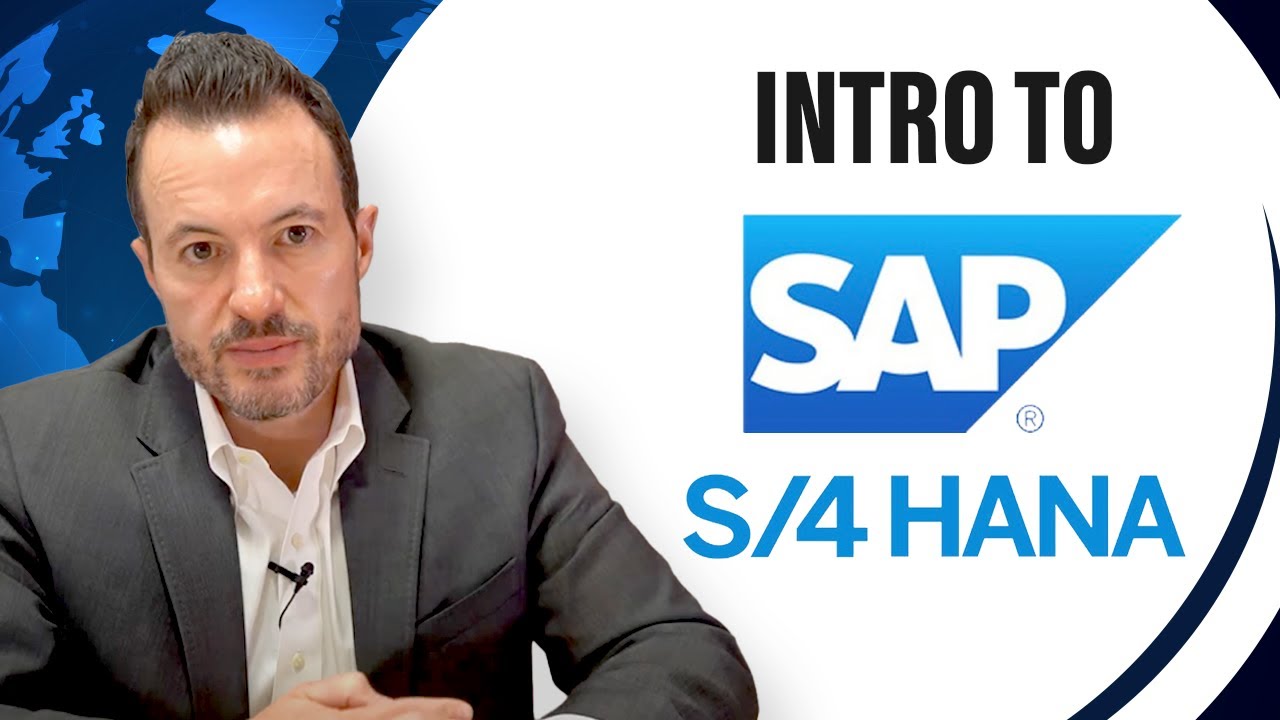 To start, it helps to understand what exactly S/4HANA is. S/4HANA is SAP's most recent flagship product. Back when I first started my career, SAP was R/2, and then it became called R/3. And then there was ECC more recently and now it is S/4HANA, which was released a few years ago.

A couple of things are different about S/4HANA when compared to some of those legacy products that I mentioned before. One is that S/4HANA is built for the cloud, it can also be deployed on-premise, but it's also able to be deployed in the cloud either as a single cloud or as multi-tenant software as a service type of offering.

It's something that is designed in a unique way that it can track information and data and transactions without consuming as much database capacity as traditional databases. So, it has helped speed up the real-time performance and visibility that a lot of organizations are looking for in their ERP software.

Which organizations benefit the most from SAP S/4HANA?

SAP and S/4HANA in particular is a pretty common ERP system with a high market share. But it isn’t a good fit for everyone and it's not the ideal fit for many organizations. S/4HANA fits best in organizations that are large, that are complex, that are diverse, multinational, have very complex needs. 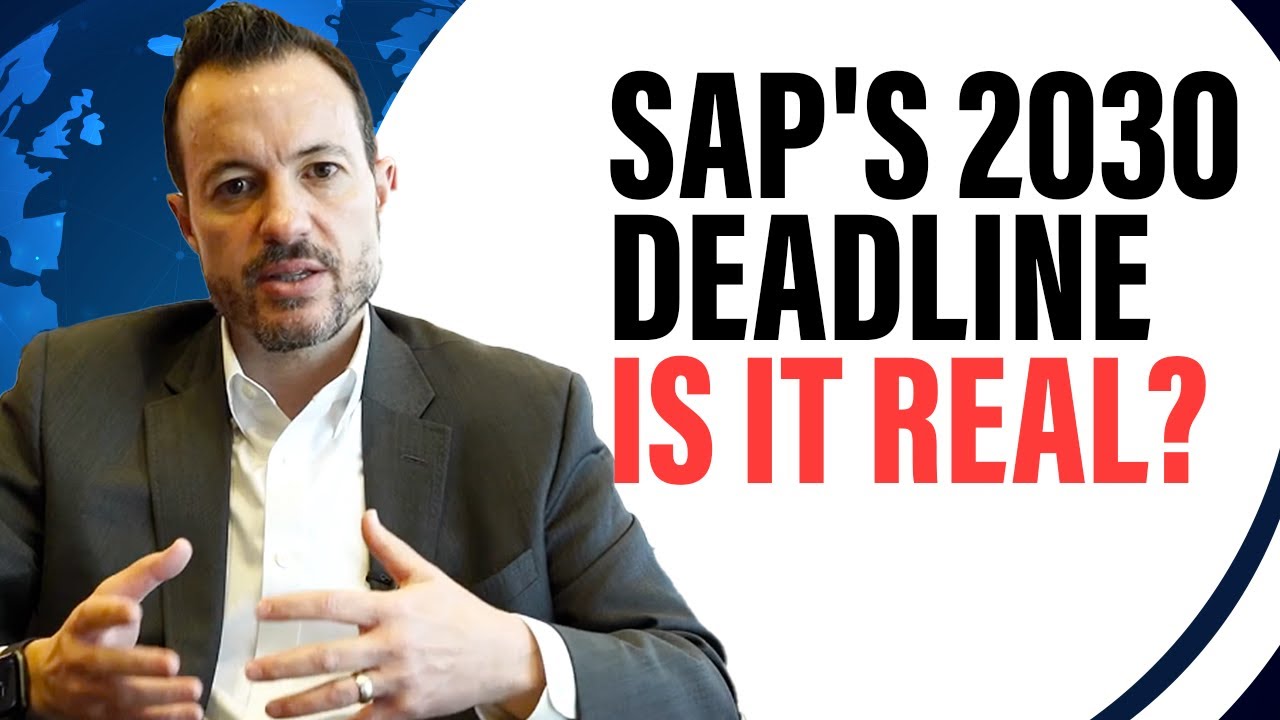 That's not to say that if you're on SAP now that you need to stick with S/4HANA - it may be that it makes more sense to look at Oracle ERP Cloud, Microsoft Dynamics 365, or some other sort of ERP system. So, it's really important to recognize what your needs are, look at your options, compare the different systems and options that are out there.

It is also worth noting that S/4HANA is not nearly as robust or mature or as developed as some of its legacy counterparts. In other words, ECC has been around for over a decade, and a lot of big companies are using ECC and have for quite some time. And many, many millions of dollars have gone into the R&D to develop that product and improve that product over the years.

S/4HANA on the other hand, is a complete rewrite of the software built for the cloud and it's on a new architecture based on HANA, and so it doesn't have the robust and complete development as some of the legacy SAP products. Now, this is changing over time, and every month and year that goes by this comment becomes more obsolete.

At the time of this blog, when we compare S/4HANA to other SAP products and other legacy systems in the marketplace, it's still a work in progress. So, when evaluating the system, it is important to make sure you identify where those gaps are, understand where the gaps are, so you recognize what they are and what the risks are. And you can also use that as a way to determine whether or not it's the right fit for you.

Despite the fact that S/4HANA has these new groundbreaking technologies and some major enhancements, and there's even some additional enhancements, I haven't talked about things like artificial intelligence and machine learning. Those are examples of some advancements and enhancements that SAP is making with S/4HANA.

Despite these technological advancements, there's still a lot of challenges with SAP implementations – and they tend to be fairly risky endeavors. Even though there is a lot of upside potential, getting there is a lot more difficult than a lot of organizations realize. So, some of the challenges with implementing S/4HANA are, first of all, a lot of the capabilities are still being developed or incomplete. 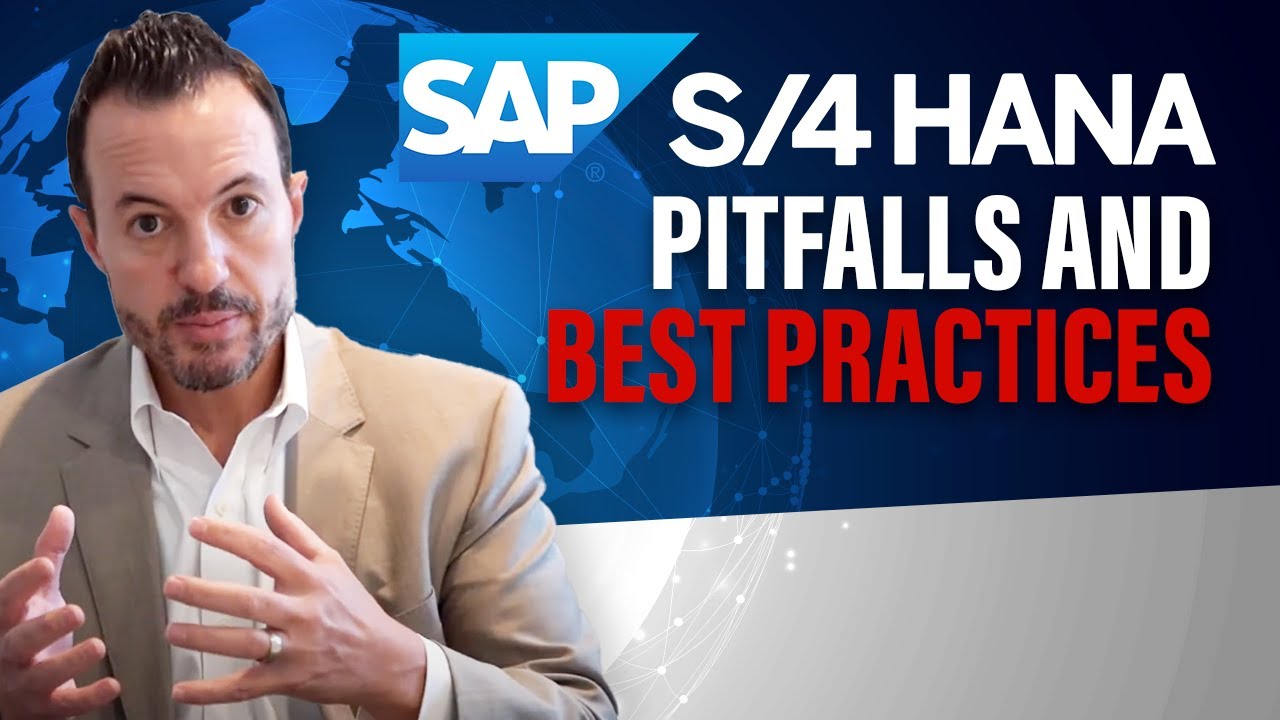 Another difficulty in risk and challenge of implementing S/4HANA is something that doesn't have so much to do with the technology itself, but more with the nature of the types of organizations that are generally implementing these types of products and that is that these are complex implementations. They are complex transformations by nature.

When you're talking about S/4HANA, it's a very broad, robust, diverse set of capabilities. It's a system that can do a lot of different things. Even though there are limitations, it can do a lot of different things within an organization. And if you're a big global multinational company or a diverse complex organization, and you're trying to implement S/4HANA or any ERP system for that matter, is going to be a very complex transformation.

As a result, it is going to be very difficult to go through the changes, simply because you're a larger organization, you're more diverse, and you're more complex. And chances are, you've been around for a bit longer than most organizations, so you have a lot of business processes that are pretty well baked into the way you operate, and changing that is going to be a lot more difficult. So, S/4HANA implementations tend to be fairly painful, and they involve a lot of change, which translates to a lot of risks. So, making sure that you have the right set of risk mitigation and project management in place is going to be very important.

How to be successful in your SAP S/4HANA implementation

Despite these risks and challenges, there are a number of ways and a number of things you can do to be successful. This video explains what you need to do to prepare for a successful S/4HANA transformation: 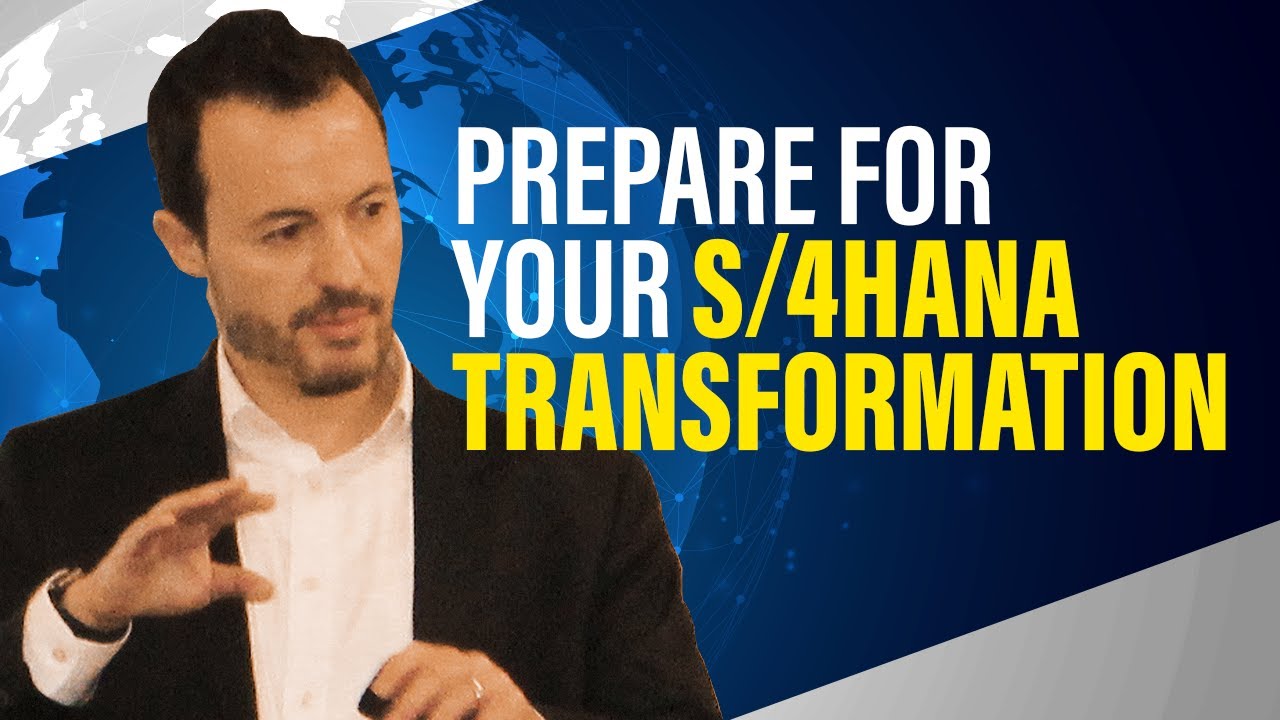 Assess S/4HANA’s fit-gap relative to your needs. The first is to understand whether or not S/4HANA is the best fit for you. If it's the best fit for you, then great, let's move forward and figure out how to be successful – but you want to make sure that you're clear on what those weaknesses of the software are. And you want to be clear that it is indeed the right system for you and the best way to do that is to objectively and independently compare S/4HANA to other top ERP systems in the marketplace relative to your needs.

Ensure internal alignment. The second thing you can do to be successful is to make sure that your team is aligned – starting at the executive level – and working your way down to the project team and all the rest of the stakeholders and employees within your organization. You want to make sure you're all aligned, rowing in the same direction, headed in the same direction.

What I mean by that is not just being aligned on whether or not we're going to implement S/4HANA, if we're going to implement it in the cloud or on-premise, or whatever the case may be. But more importantly, what do our business processes need to look like in the future? How are we going to leverage the technology to enable those business processes? And where do we need to customize to perhaps shore up or address any of the deficiencies that we see in the system?

Those are some of the examples of things that you need to do to make sure you're aligned. And if you're aligned as an organization, that's going to get you a lot further than your counterparts that may not be well aligned.

That stuff's all great. But at the end of the day, what's more, important and what's even greater is looking at your people and your operations and how you're going to change those people in operations. And the more time and money you invest in that the non-technical aspect of your S/4HANA implementation, the more likely it is that you're going to be successful.

Start with realistic expectations. Finally, a fourth thing you can do to be successful in your S/4HANA transformation is to have realistic expectations going into it. A lot of times you will hear from either SAP and or the system integrator or your value-added reseller, that this project is going to be easy. They might give you a boilerplate proposed project plan and timeline and budget.

However, the reality is that an overwhelming majority of organizations tend to take more time and money than they expect during their SAP projects. So be sure you add a dose of reality and objective really look at whether or not a plan makes sense for you and pivot where necessary and adapt to the plan to your needs and also adapt the budget to fit reality and what your needs are.

Next steps in your SAP digital transformation journey

I hope this has given you a basic introduction to S/4HANA. For more information on this, you will want to download the Definitive Guide to a Successful SAP S/4HANA Transformation. It's a very robust complete guide on everything you need to do to be successful with your S/4HANA transformation. Whether you're just getting started or whether you're in the middle of your transformation, I highly encourage you to download the guide.

Please feel free to contact me if you would like to brainstorm ideas related to your S/4HANA implementation or evaluation. I am happy to be an informal sounding board as you continue your journey!

Author:
Eric Kimberling
Eric is known globally as a thought leader in the ERP consulting space. He has helped hundreds of high-profile enterprises worldwide with their technology initiatives, including Nucor Steel, Fisher and Paykel Healthcare, Kodak, Coors, Boeing, and Duke Energy. He has helped manage ERP implementations and reengineer global supply chains across the world.
« ERP and Football – The Importance of a Good Team
» How to Assess your Legacy ERP System

What the Avengers Taught Us About Digital Transformation

How to Manage a Forced Digital or Business Transformation

Understanding the Ins vs. Outs of Customizing Software